Language Disorders in Adolescents: Is it Just Dyslexia? 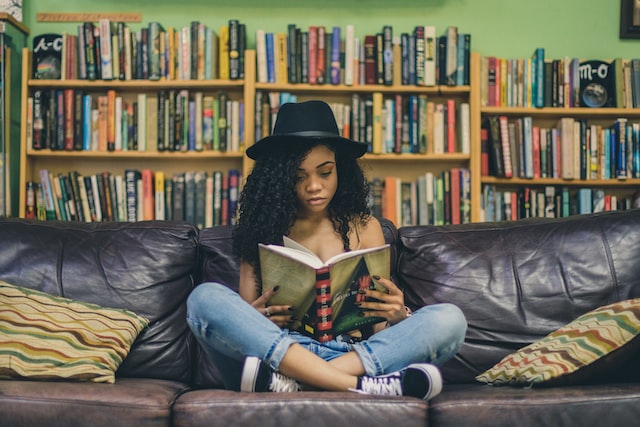 It is imperative to find an intervention that will be able to remediate the areas of weakness for those children who present with a developmental language disorder. Current research suggests that focused intervention can show/produce improvements to elicit complex sentences for children with a language impairment. A single case study of a 12-year-old male participant receiving speech services was completed to assess the efficacy of complex sentence intervention through pre-and-post-test measures. Complex sentence intervention was found to increase the client’s expressive and receptive language skills based off scores from the Test of Integrated Language and Literacy Skills (TILLs), an oral expository sample, and a written expression sample.

This project is a single case study of a 12-year-old English speaking male who presents with a Developmental Language Disorder (DLD) with impairment in receptive and expressive language. Our project intended to educate teachers and other professionals about the comorbidity of Language Disorders and Dyslexia in adolescents. Dyslexia is defined as “an unexpected difficulty in reading in children who otherwise possess the intelligence and motivation considered necessary for accurate and fluent reading” (Shaywitz & Shaywitz 2016). A language disorder “is impaired comprehension and/or use of spoken, written, and/or other symbol systems. The disorder may involve (1) the form of language (phonology, morphology, syntax), (2) the content of language (semantics), and/or the function of language in communication (pragmatics) in any combination” (ASHA 1993). To accomplish this goal, our first aim was to provide background research on the effectiveness of complex sentence intervention. Our second aim was to analyze the outcomes of both pre and post assessment and intervention that is provided to the participant. We expected to see improvements in the participants overall receptive and expressive language which will be determined by the standard score achieved on the Test of Integrated Language and Literacy Skills (TILLS), written expression and oral expository tasks.

The current education system does not emphasize a skill such as writing in the classroom curriculum. A research study conducted by Persky et al. (2003) showed that less than half of students displayed mastery of the writing skills and knowledge required at their corresponding grade level. Providing effective writing directions can reduce the number of difficulties a child experiences when learning to write. Saddler and Graham (2005) conducted a research study that analyzed whether treatment designed to improve sentence-construction skills is beneficial for 4th grade writers. Forty-four students were given the sentence combining subtest from the Test of Written Language—3 (TOWL-3). These students were divided into less skilled or more skilled groups for sentence combining. The forty-four students were then randomly assigned to two conditions, sentence combining or grammar instruction. Both conditions had the more skilled and less skilled writers mixed. Each less skilled writer was paired with a more skilled writer. They worked together to practice combining sentences. The students received 750 minutes of treatment. The researchers found that the students who were in the sentence combining condition became more successful at combining simpler sentences into more complex sentences. Sentence combining skills improved the students’ story writing skills.

The importance of identifying language disorders in adolescents is imperative for their overall expressive and receptive language skill and academic success. It is also important to identify an intervention that will help improve a child’s receptive and expressive language such as complex sentence intervention. Balthazar and Scott (2018) conducted a research study to analyze the effects of complex sentence treatment. The analysis of this treatment is used to examine the effects of language treatment designed to have a better understanding of complex sentences with children that present with an SLI. Two dosage levels on language performance for 30 school age children age range 10-14 years that present with a SLI were implemented. This study focused on 3 types of complex sentences including adverbial, object complement and relative which were taught in the once or twice weekly dosage conditions. The results of this study suggested that complex sentence intervention can show/produce improvements to elicit complex sentences for children with a language impairment. The study suggested that future research should delve into ways to maximize the gain and expand on the impact of natural language contexts.

The participant was a 12-year-old English speaking male who presents with a Developmental Language Disorder with impairment of receptive and expressive language. He was referred to the Speech Language Institute in December of 2021 due to the participant needing help so he can succeed in regular education curriculum. The reported difficulties for the participant included reading, writing, comprehension, spelling and communicating. The participant’s language and literacy skills were evaluated in December 2021.

Pre- and post- measures included three specific tasks that needed to be completed which include administering the Test of Integrated Language and Literacy Skills (TILLS), obtaining an oral expository sample, and obtaining a written expression sample. During the weeks of complex sentence intervention being implemented, the materials were created by the clinician targeting adverbial sentences.

To assess a client’s listening, speaking, writing, and reading skills, we used a test that covers all these areas. The TILLS is an assessment that identifies language-literacy disorders, documents patterns of strengths and weaknesses, and tracks changes in language and literacy skills over time. The assessment has 15 subtests that assesses the client’s language-literacy skills at both the sound/word level (phonological) and the sentence/discourse level (non-phonological) across four oral and written modalities including listening, speaking, writing, and reading. The TILLS assessment was administered to the client during the initial evaluation and following 20 weeks of complex sentence intervention

The pretest phase consisted of a written expression sample, oral expository sample, and the Test of Integrated Language and Literacy Skills (TILLS) results. The written expression sample was analyzed using a t-unit analysis and a clausal density analysis. The oral expository sample was analyzed using c-unit analysis and clausal density analysis. The TILLS was scored and analyzed for the participants overall standard score as well as individual subtests standard scores that were relevant to the clients receptive and expressive language status. A post-assessment was conducted in May 2022. The participant completed another oral expository and written expression sample with the same topics as the previous samples. The same measures were used to analyze the participants’ assessments and the TILLS was also readministered. These measures include t-units, c-units, clausal density, and standard scores. The data obtained from both the pre- and post- assessments were used to analyze the efficacy of complex sentence intervention.

Complex Sentence Intervention is an intervention that can be used with school-aged children and adolescents to increase the student’s use of complex sentences. Understanding and using complex sentences may contribute to reading problems. Complex sentences contain more propositions (clauses), more embeddings, and more structures with long-distance dependencies found in different types of questions and relative clauses, (Thompson & Shapiro, 2007). Prior to beginning the complex sentence intervention, the speech-therapist begins by determining the target, which includes adverbial clauses, relative clauses, and object clauses. Complex Sentence Intervention is composed of three major tasks including: sentence priming, sentence deconstruction, sentence combination. During the sentence priming task, the client will read a list of at least 10 sentences containing an adverbial clause, relative clause, or object clause. During the sentence deconstruction task, the aim is to assist the student in changing the subordinate clause into its base form. The main and subordinate clauses are pulled apart during the sentence deconstruction task. The aim of the sentence combining task is to combine two clauses into a desired sentence form.

The client’s results on the TILLS pre-and-post-intervention are depicted in Table 1. Results highlighted in yellow indicated that the client made statistically significant gains from pre-and-post intervention. Based on our intervention, we expected the client to make gains in the following subtests: Vocabulary Awareness (VA), Listening Comprehension (LC), and Reading Comprehension (RC), Written Expression-Sentence. The Nonword Spelling subtest served as a no treatment comparison as sound and word level deficits were not addressed in complex sentence intervention.

Overall, the client’s results were consistent with current research. Complex sentence intervention was found to increase the client’s expressive and receptive language skills.

To assist in areas of weakness for school-age children who present with a developmental language disorder, this single-case study was conducted to assess the efficacy of complex sentence intervention. Complex Sentence Intervention was found to be effective and can be used to increase expressive and receptive language in similar cases.

This study has potential limitations. The effect of these results is based on three specific measures which includes pre and post TILLS standard score, oral expository c-unit/clausal density score, and written expression t-unit/clausal density score. The collection and accuracy of this data is dependent upon consistent client attendance, intensive implementation of complex sentence intervention and time constraints. Therefore, due to the client halting their services of receiving intense complex sentence intervention in Summer of 2022, the third data collection was not able to be obtained. Due to these potential limitations the results of this study may not be generalizable to a larger population and should be further researched.

Further research should be conducted to gain more statistically significant and representational data in regard to the effectiveness the intervention has on adolescents who present with a comorbidity of a developmental language disorder and dyslexia.  To obtain a more accurate representation of the results, a substantial amount of time should be allotted to further the research on the adolescent population who present with a developmental language disorders and dyslexia not only in speech-language therapy but also the generalization to their academic achievements.